Los Altos High School presents the Courage Award to Angel Ojeda, a teen with epilepsy and a ‘Teen Speak-Up’ advocate

May 13, 2016. Los Altos High School presents the Courage Award to Angel Ojeda, a teen with epilepsy and a ‘Teen Speak-Up’ advocate with the Epilepsy Foundation of Greater Los Angeles

Angel Ojeda has lived with epilepsy and active, uncontrolled seizures since he was seven years-old. For most of the past eight years he has lived with the fear of the next seizure, coped with the ignorance of others, and struggled with his family to find answers, treatment and help.

So why is he getting the “Courage Award”?  What is courage?

Nelson Mandela wrote how he learned that “courage was not the absence of fear, but the triumph over fear.” Eleanor Roosevelt wrote that “you gain strength, courage and confidence by every experience in which you really stop to look fear in the face … [and go on to] do the thing you think you cannot do.”

Angel’s mother says, “It’s really hard to summarize so many years of heartache caused by Angel’s epilepsy!” Angel and his family feared for his future and Angel was often depressed about his situation. 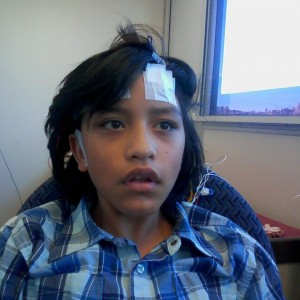 And Angel and his family have all three – HOPE, FAITH and COURAGE.

Angel is an example of great courage and perseverance in the face of the adversities of living with epilepsy and seizures.

His mom, Elizabeth, reports that “Angel started having seizures at 7 years of age. He had intractable complex partial seizures. He had seizures on a weekly basis, sometimes clusters of up to ten in a day. He could not get through a full week of school without seizures, and often had seizures in front of his classmates… He had weekly ambulance rides from school and he spent countless days in the hospital.”

In 2013, his family started looking at surgery as an option when his doctor in Sacramento said he would never respond to medications. By that time he had tried and failed ten anti-seizure medications.

His mother said that, “We were told that surgery was the only option, but another specialist told us that Angel could never have surgery — even though he hadn’t evaluated Angel for surgery. We couldn’t give up. We went back to our previous neurologist who referred us to an epilepsy specialist who started the ball rolling with the pre-surgical testing. Angel had tests done at various Epilepsy Centers in California.”

In order to have the brain surgery to remove the epileptic zone in the right temporal lobe of his brain, Angel and our family had to navigate through a lot of red tape and insurance bureaucracy.

They were finally ready for surgery and met Dr. Sumeet Vadera from UC Irvine Medical Center at the 2015 Epilepsy Summit organized by our Epilepsy Foundation of Greater Los Angeles.

Since his surgery in 2015, Angel says he has been free of seizures. No more seizures. 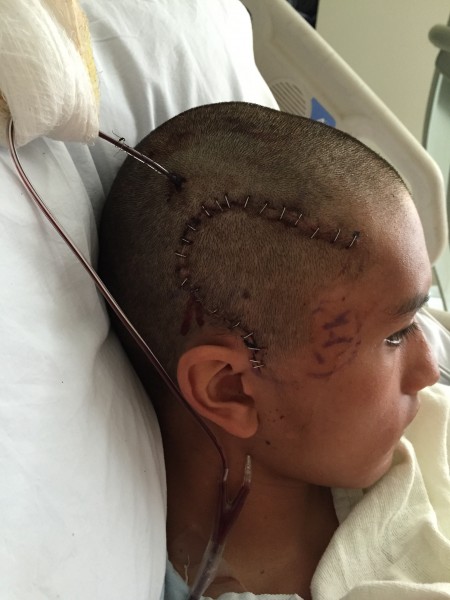 His mom reports that “Life is completely different for Angel and for all of us now. He can have a more ‘normal’ life now that he is not having seizures. He can actually attend school regularly now and ran track which was a huge milestone for him. He has more confidence and doesn’t have to deal with the co-morbidities of epilepsy like depression which plagued him before.”

We at the Epilepsy Foundation of Greater Los Angeles are impressed that Angel maintains a positive attitude and takes every opportunity to spread awareness about epilepsy, including creating a team for our Walk to End Epilepsy at the Rose Bowl.

His mother says that “this experience was invaluable for him and their family, because they have more insight into the challenges many people, including minorities and underrepresented families, face in getting epilepsy specialty care.”

We have seen how, because of his own struggles in school and in the community as a young person with epilepsy, Angel desires to use his voice to help other young people with epilepsy in the future. He wants to give back and make sure that other young people have the option of surgery and other treatments to fight this life stealing disease. 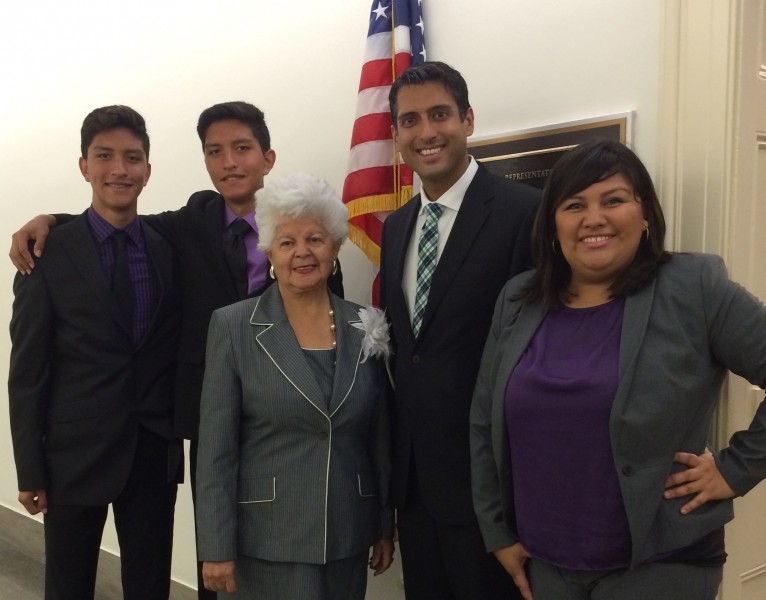 When he heard Angel was going to D.C., his neurosurgeon Dr. Vadera jumped at the opportunity to go along.

It just so happened that while they were in D.C. was one day short of a full year that Angel had been seizure-free after surgery.  What a way to celebrate by giving back to help others.

So, with support from the Epilepsy Foundation of Greater Los Angeles and personal funding, our courageous and seizure-free teenager, Angel, and his neurosurgeon ‘angel’, Dr. Sumeet Vadera, from UC Irvine Medical Center, were able to join forces in Washington, D.C. to meet with representatives, like Senator Boxer’s health aide and Congresswoman Grace Napolitano, to advocate for more funding for epilepsy research and specialty care and awareness.

It was important for Angel to share his story and speak-up on behalf of others who need that same level of specialty care and even surgery for their epilepsy.

We applaud your courage, Angel. We congratulate you.