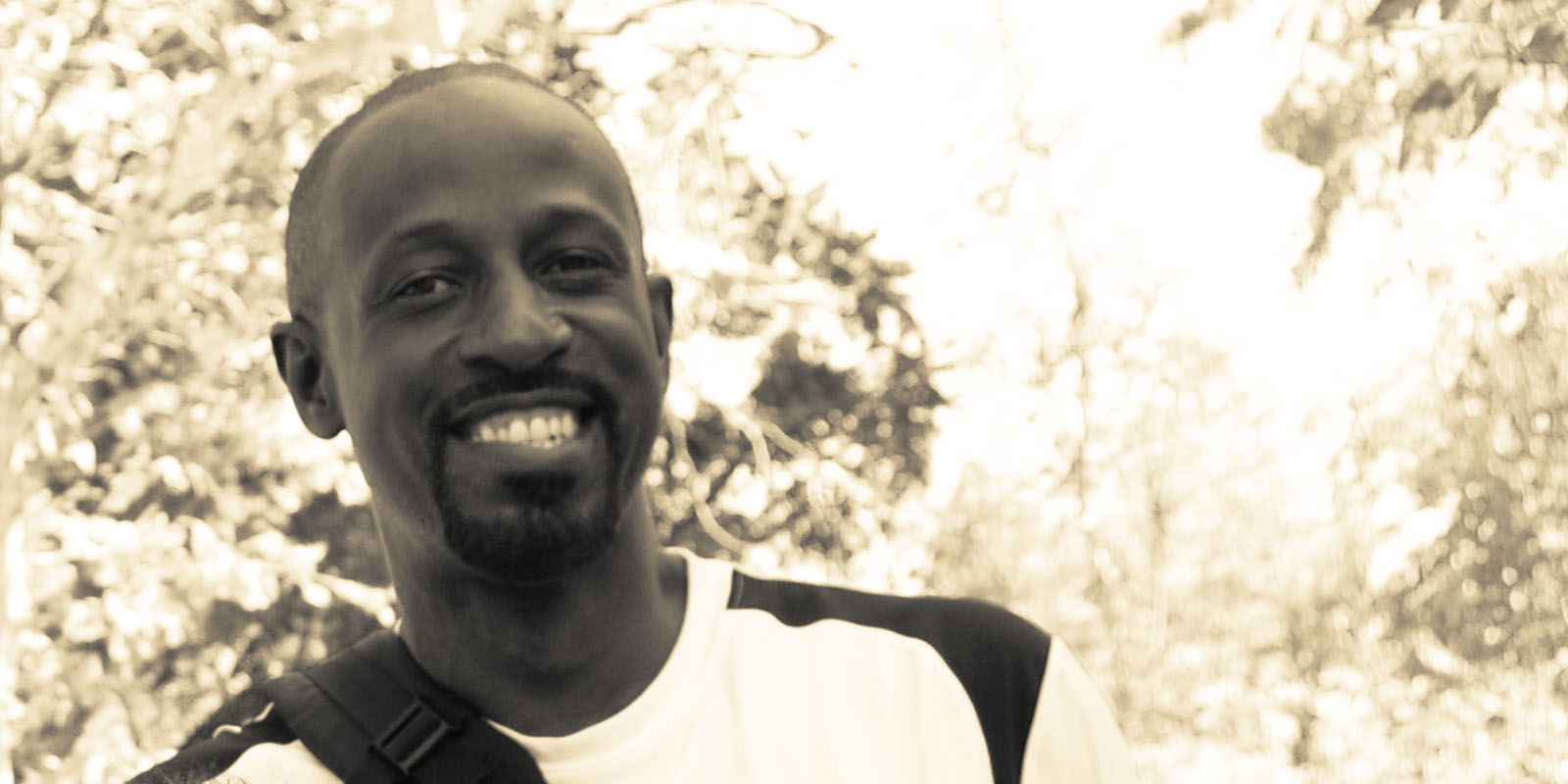 If a picture is worth a thousand words, how much is the story of the man who takes the photo worth?

Kevin Oliver remembers the exact moment he found out he had epilepsy — and he also knows it was years too late.

Kevin was working at an aerospace company when one of his colleagues realized he was having absence seizures.

“She looked at me and said, do you know you just had a seizure?” Oliver recalls, his tall frame easing into an overstuffed chair at the office.

Kevin had been experiencing what he describes as daydreams or little flashes most of his life and he’d even gone to a doctor about them when he took his first job out of high school. The doctor told him he’d been working too much.

“It wasn’t until my second job, when Toni [his colleague] recognized them as absence seizures…I didn’t do anything about it; she did everything. She set up the appointment with the doctor and everything.” Kevin says.

Kevin is pretty much family in the Epilepsy Foundation of Greater Los Angeles office. He’s been volunteering for more years than his young face would lead you to believe was possible. That’s why it’s no surprise he offered to come in to the office to share his story with us. 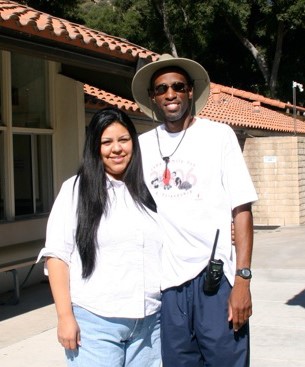 “I love coming into the office and seeing everyone. It reminds me of all the fun I’ve had over the years and all of the people I’ve gotten to meet.”

The feeling is mutual because before the interview gets started everyone on the staff has popped in to say hello and catch up on life. Kevin’s big smile and warm embrace meets all comers. It’s that demeanor that made him such a hit at the Teen Camps throughout the years.

“When I meet people, the first thing I do is tell them my story, just so they know who I am and what I’ve been through. Then I try and make sure they know to stay strong, to not give up and to keep positive people around them. There will be bad days but I try and tell them to not let their bad days overtake their good days. Then of course, for those that don’t have the support system, I’ll give them my number, tell them to call anytime, just so they know someone has their back. It’s important that they know someone has their back.” He says.

The openness and friendliness Kevin displays clearly has an affect on people. He starts to tell stories of the kids he’s met at Teen Camp and how he’s gone to their weddings, to their kid’s birthday parties and quinceaneras and how much fun it always is to see people at the events throughout the year, like the Walk to End Epilepsy or Family Day.

But for a man who now seems so comfortable in his skin the road to get there was long, bumpy and filled with long dark patches. Which takes us back to that day years ago at the aerospace company.

“When I finally went to the doctor and got diagnosed with epilepsy it explained a lot. I’d been having them [seizures] since I was in grade school and just never knew what they were.” Kevin says. “Before then everyone just thought I was daydreaming or not paying attention. I used to get notes home from the teachers saying, “Kevin daydreams too much” or “Kevin needs to pay more attention in class.””

But surely, when he spoke to his parents and family about it they realized something was wrong, right?

“Even when I would talk to them [his family] about it, I would just drift off and no one knew what it was. A lot times they thought I was ignoring them or I was looking at the TV or just not paying attention to them.”

Kevin’s story is far from uncommon — misdiagnosis or lack of diagnosis is still a major issue in the epilepsy community. Susan Pietsch-Escueta, executive director of the Epilepsy Foundation of Greater Los Angeles, estimates that cases like Kevin’s still happen regularly.

“It’s still one of the biggest challenges — we need more people to be aware of the signs and symptoms of seizures. Early detection and diagnosis are very important.” Pietsch-Escueta says.

So once Kevin got his diagnosis everything was fine, right?

“I was 23 years old and I went to the doctor and he talked to my family, to my colleagues and we talked about the notes being sent home as a child and at that time I was diagnosed with the absence seizures and epilepsy.” Kevin remembers. “Then after that, I just went into a deep depression.”

Like the best photos, Kevin’s story takes time to develop and it starts in a dark room. He shared of his experiences with depression. He told us, “At that time they had taken my drivers license from me and handed me a bus pass that had ‘Disabled’ on it and so that really sent me on a downfall.”

Luckily for Kevin he was surrounded by good people who took notice of his struggle. He remembers how after a few weeks of no longer being his normal, happy and positive self, it was his colleagues at his job who once again stepped in.

“The people noticed, at my job, that I was going through it [depression], so one day they said, “Kevin, come here. There is someone on the phone for you.” So they took me into the office and said, “Someone is on the phone for you, don’t come out of this office until you’re done talking.””

They had called the Epilepsy Foundation. 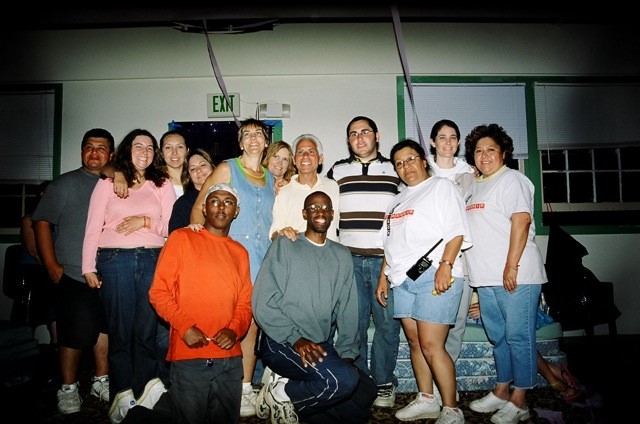 That was almost 30 years ago and Kevin has been a staple at programs ever since. You’ve probably seen him carrying a camera around his neck as he’s now become a de facto photographer for anything involving End Epilepsy.

“It [photography] was always a hobby of mine, going back to high school and so when the Foundation started asking me to do the camps, it was just automatic, to pack a camera. I love catching expressions and capturing memories.”

And he’s captured a lot of them. Looking through albums on the Foundation’s End Epilepsy Facebook page there are countless photos he’s taken and memories he’s frozen in time. It’s something the Foundation has to come to count on from him — almost as much as his smile.

“Kevin’s commitment to volunteering and sharing his story is very inspiring.” Pietsch-Escueta says. “He always tries to make himself available to us and to the community. His smile and his warm personality are things I always look forward to seeing — those, and the amazing photos he takes!” 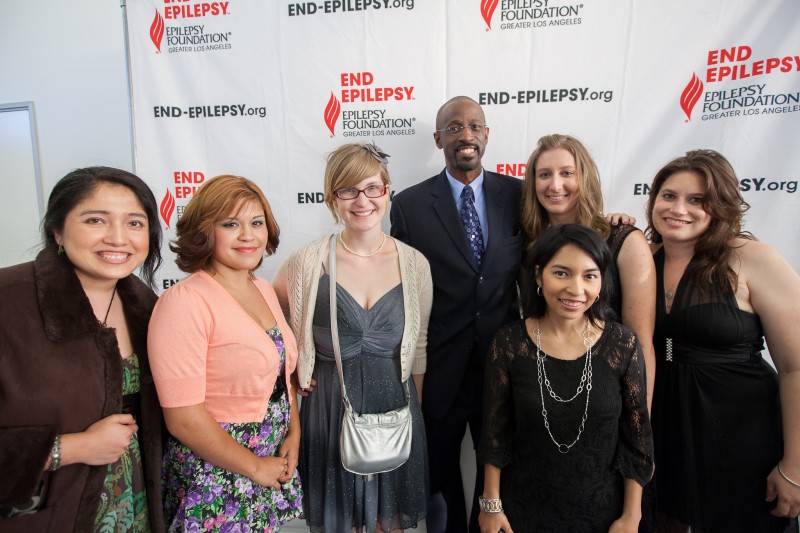 Now as Kevin talks and reflects back on his life, his struggle and his sense of purpose he does so with ease. He mentions that he still has things he’d like to do, how finding love and companionship is still an ongoing struggle and how he wishes more people better understood his disease that affects millions of people all over the world.

“There are still so many people who don’t know and don’t understand epilepsy and that still makes it difficult. I know if I’m dating someone I still have to think about when I tell them or how I tell them. And I still see kids who are afraid of telling people they have epilepsy because they don’t think their friends will understand it.” Kevin says. “But that’s why I think it’s important to be there, to help people and offer friendship and support. I try and do that whenever I can.”

And, knowing Kevin, snap a photo.

Editor’s Note: If you’d like to connect with Kevin or know someone who might benefit from talking with him, contact the End Epilepsy office and we’ll put you in touch.