Epilepsy Foundation of Greater Los Angeles objects to the very un-special treatment of an athlete with epilepsy at Special Olympics World Games. 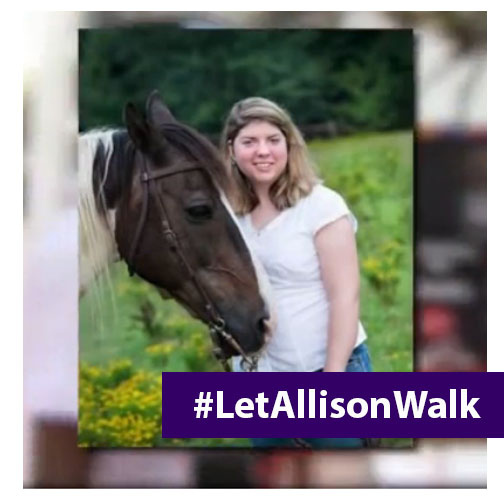 The Epilepsy Foundation of Greater Los Angeles (EndEpilepsy.org) is questioning and condemning the actions of those in charge of the Special Olympics World Games regarding Allison Douglas, a Special Olympian with epilepsy and mild CP. We have learned that Allison was initially separated from her team and was told she couldn’t participate in the Opening Ceremonies of the World Games.
Douglas’s story has been chronicled in her hometown paper, The High Point Enterprise, and after what seemed to be an amicable conclusion to a battle filled with what could be perceived as discrimination, it has come to the attention of EndEpilepsy.org that Douglas MAY now be allowed to walk in the Opening Ceremonies in Los Angeles but only if she doesn’t have seizures and provides a wheelchair for herself.
Douglas does not use a wheelchair in her regular life and being forced to use one, and to provide it for herself, is something that the Epilepsy Foundation of Greater Los Angeles and the epilepsy community cannot tolerate.
Susan Pietsch-Escueta, executive director of the Epilepsy Foundation of Greater Los Angeles, has been shocked by Douglas’ story leading up to and since coming to Los Angeles for the World Games.
“We know the Special Olympics has a powerful mission and does great work and, frankly, that is what makes Allison’s story even more shocking. We are truly sorry to hear that anyone involved with Special Olympics is making decisions and taking actions that mirror the general public’s pervasive ignorance about epilepsy/seizures and all too frequent discrimination of those with epilepsy,” she said. “It is exponentially worse coming from Special Olympics, considering they should want us to hold them to a much higher standard.”
“The primary issue at this point is that an amazing athlete, who is overcoming her disability to participate at the highest level, is now being hampered and hindered by an organization that is supposed to be focused on helping athletes, not hindering them,” Pietsch-Escueta said. “Allison has not been medically advised to use a wheelchair and it is shocking that the Special Olympics would put such a burden on her and her family to provide a wheelchair, when they are 3,000 miles from home, after all they gone through just to get here. It is completely unacceptable. It is another example of the barriers often put in front of people with epilepsy and why they so often have to fight harder and longer than others to attain their dreams.”
Nathan Jones, a senior program coordinator of Epilepsy Foundation of Greater Los Angeles, will be onsite at the Opening Ceremonies to support the family. The team at EndEpilepsy.org offered to have someone walk with Allison and are ready to provide training in seizure first-aid for volunteers at the Special Olympic World Games. Worldwide, 50-65 million people have epilepsy and anyone can have a seizure at any time, so the Epilepsy Foundation of Greater Los Angeles urges that volunteers at any major event, including a world-class event on the scale of the World Games, should be trained in seizure first aid.
“The way the Special Olympics have treated Allison and her family and the lack of understanding they have for people with epilepsy, like myself, makes it difficult for us to support the Games,” Jones said. “I’ve heard from multiple members of our Board who are shocked by the apparent ignorance about epilepsy and at a time in the world where we should be focusing on acceptance and progress — especially at an event like this.”
The epilepsy community of Greater Los Angeles is calling for the support of Douglas on social media tweeting out #LetAllisonWalk to let Douglas know they are proud of her accomplishments and believe she shouldn’t be forced to use a wheelchair — if that is not her choice — in order to be included!
The Opening Ceremonies are set to start at 6:00PM PST at the Los Angeles Coliseum and representatives from the EndEpilepsy.org staff and board will be on hand to support Douglas and her family, but are not supporting the decisions being made regarding Allison at this event.
OUR PROUD SPONSORS