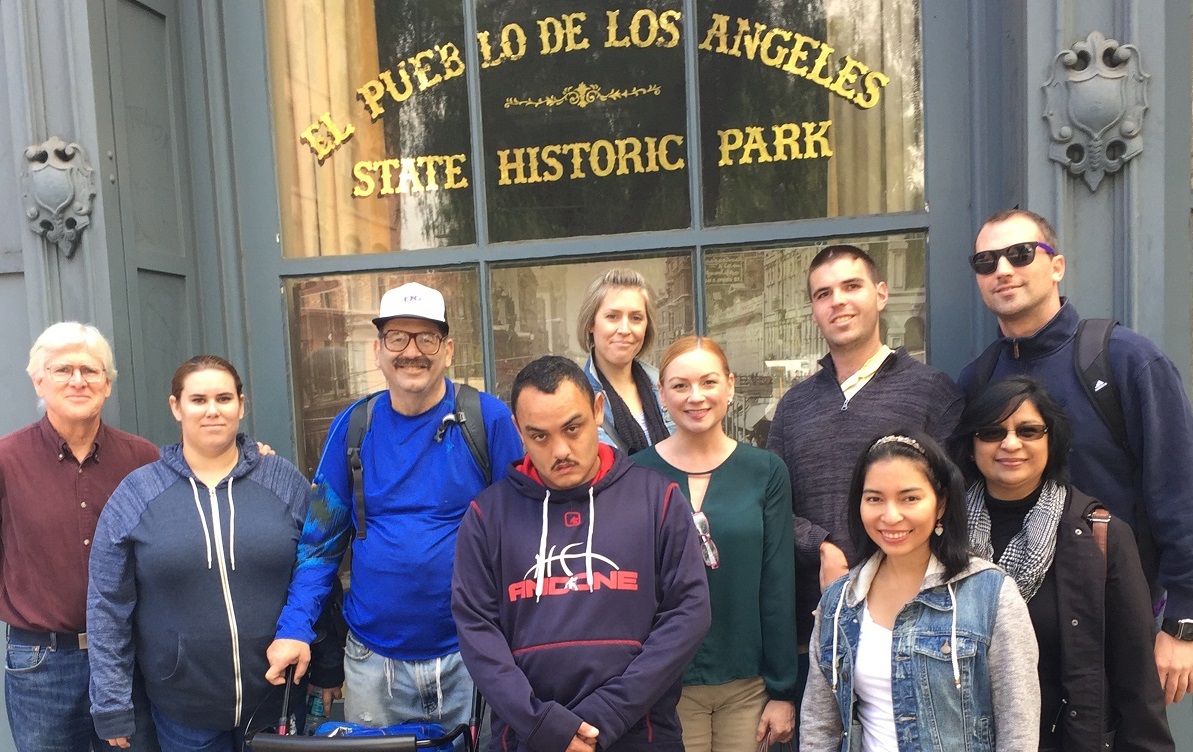 End Epilepsy’s Adult Network took full advantage of the Museums of Los Angeles’ Free-for-All program on the final Saturday of January. A group of 10 adults with epilepsy met downtown to spend the afternoon learning about Los Angeles’ history and visiting some of its most historic landmarks.

Program Coordinator Nathan Jones said the response to the program was immediate.

“We had a ton of people respond and say they were interested in the event when I sent out a general interest email and that really got me excited,” Jones said. “Los Angeles really has some impressive culture and history besides just the film and TV industry and I was excited to get people together to check it out.”

The group visited the Avila Adobe, which is the oldest standing residence in Los Angeles and the America Tropical Interpretive Center, located in the heart of historic Olvera Street.

The Avila Adobe was constructed in 1818, by Francisco Jose Avila, who was alcalde, or mayor, of Los Angeles in 1810. The house has served as everything from a residence to a military headquarters to a restaurant in it’s nearly 200 year history.

Jones described the experience at the Adobe as “eye opening” for the group as they discovered how some of LA’s earliest settlers made a living. The Adobe is still furnished as it might have been in the 1840’s allowing visitors to get the full historical impact of the structure.

Perhaps the most thought provoking part of the trip was the visit to David Alfaro Siqueiros’ most important mural in Los Angeles, La Tropical America. The famous mural, which was completed in 1932, depicts the struggle against imperialism that many of Los Angeles’ native residents and migrant workers faced during and after the Great Depression.

The impact and statement of the piece wasn’t lost on the group which Jones said can identify with the persecution and isolation of being different.

“It was really interesting to learn how different cultures got along, or in some cases, didn’t.” Jones said. “Being there with other adults with epilepsy naturally made me think how we might have been perceived here in the town square if we would have had a seizure in front of everyone. I’m happy and fortunate that because brave adults, who don’t fear sharing their experience with others, have paved the way for us so we can do things like drive, and go to college, and better yet, spend a Saturday afternoon learning about the city we live in without fear of persecution.”

SoCal Museums had 30 participating museums for the Free-for-All day and their partnership with GoMetro was designed to make LA residents aware of how close many of the museums are to metro stops — something that is also important to the epilepsy community.